EZ Deals has communications, operations, and/or service centers in Denver, Colorado, New York, New York, Sydney, Australia, Toronto, Canada and London, England, but can service clients world-wide.  The system is available 24/7 to clients and is supported by a team with deep experience and solid expertise in finance, technology, marketing, business development and customer support.

Since 2014, EZ Deals has been growing its management, technology and sales team in order to roll-out its system world-wide.

It operates flawlessly in 195 countries

It operates with virtually any currency

It operates up to 157 languages 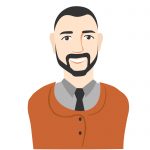 Mr. van der Laak is a native of the Netherlands (Dutch / Indonesian) and travels around the world assisting our clients. He is married to his beautiful wife Janet van der Laak,  They are proud parents of 10 children and Opa & Oma, grandparents, of 10 grand-children.

Mr. van der Laak is very resourceful in finding solutions for every kind of business organization, including nonprofits, and creating the best ROI’s.

Mr. van der Laak has an extensive background in Leadership, Distribution, Sales and Marketing, to name a few, including an all-inclusive relationship building and increasing profit margin. He has a keen-eye in identifying key business opportunities and has built a large-scale network of business clientele and leads resulting in solid business relationships.

Mr. van der Laak creates new business and excitement for any product he represents through OvdL Consulting. Solid business relationships are developed in part because, like any team, support and service makes for solid results. He enjoys working with people from all over the world. Through his travels and work experience he has gained broad knowledge on what it takes to build and support a successful business.

Volunteering – Mr. and Mrs. van der Laak volunteer their time on a consistent basis for different nonprofit organizations 501 (C) 3. These nonprofits help in feeding/providing shelter for the homeless community, helping the mentally ill, and providing jobs for those who need work. 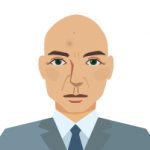 Born in 1967, into an extremely artistic family of eight, from an Indonesian mother, and English father. Besides an extensive home Schooling in many creative disciplines, Stefan’s successful Cambridge education naturally took him through art college, studying art and design, then going on to specialize in professional photography and illustration.

For 8 years, until 1996, he was employed at Cambridge University, England, eventually taking the role of Chief Photographer and Illustrator. This role was extremely varied, involving illustration for journals such as National Geographic, but work predominantly consisted of studio as well as location photography.

For many years his sporting pursuits occupied a great part of his already busy family life, including representing his national karate team, appearing on the famous Gladiators tv show, and from 1997 when he moved to Greece, and was heavily involved in promoting Rugby to the Greeks!

He is father to two beautiful daughters, and one handsome son.

For twenty years in Greece he operated his own business, designing and constructing bars, hotels, nightclubs, restaurants, retail shops, and commissioned even to decorate large parts of the Presidential Palace in Athens.

Since returning to England in 2016, he has been working in high-end, central London property construction and interiors, high level installations and decoration. Also for two years, fabricating and installing blockbuster movie sets at Pinewood studios, the most recent being the latest Marvel epic, Black Widow.

Able to turn his creative abilities and experience to almost any medium and situation, he has embraced the EZ Deals challenge, to help spread the excitement! 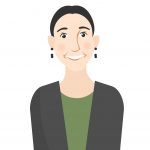 Ms. Ritter has been involved in the accounting industry since 2009, first working in the family’s accounting firm and then establishing her own company in 2010.

Ms. Ritter landed EZ Deals as a client in 2015 and immediately saw the potential. “I was so impressed with the growth potential and the value that the EZ Deals clients received that I knew I had to invest in this company and join the team”. She is currently a partner of EZ Deals and has been handling the company’s finances ever since 2016.

As the Chief Financial Officer for EZ Deals, Ms. Ritter has been heavily involved in the strategic planning of the domestic and international expansion, especially in the areas of legal, financial, and internal policy compliance. She believes that growth is an incredibly positive thing, but it can overwhelm companies if they do not have tight accounting controls and cash flow management in place. She enjoys streamlining processes and creating more efficiency.

Ms. Ritter lives in Arvada with her 3 children and her significant other, Brandon. They spend quality family time during the weekends playing and grilling in the backyard, watching movies, going to Grand Lake and other fun outings. 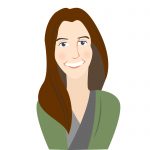 Ms. Smith graduated with honors from University of Bentley with emphasis in Business and Accountancy and hit the ground running. She had already started and sold multiple companies before coming to EZ Deals. She says, “When I first saw EZ Deals, I knew I wanted to be part of this company. The concept was so effective and inexpensive for businesses that I knew it would sell itself”.

Kelly spends time working primarily on servicing large accounts and working through the details of joint ventures with marketing partners. She is rarely at home and spends most of her time in the airport or with clients making sure that EZ Deal’s larger domestic and international accounts get the performance they should.

Kelly loves to ski and lives near the slopes outside of Denver. She says, “Even though I miss the winter ski season, there is nothing like the spring weather or the gold color of the Aspen trees in the autumn near my home.” 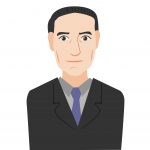 Managing Director of the Americas

Mr. Steven has been in IT and management since 1997. With his many years of experience, he is a resourceful leader and entrepreneur. He has proven himself capable of enhancing business value by implementing the latest technologies.

His experience has allowed him to also be a motivator, coach and mentor and he has been able to consistently gain peak performance in the creation of state-of-the-art products and systems developed by his employees. He believes that the strongest leaders are responsible for taking the time to nurture and grow their teams. 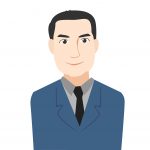 Mr. Guzman is from beautiful Colombia, South America and has worked in many different countries around the world. He has spent most of his career in business as a salesman and business development manager.

Luis also has a strong customer service background and has been involved in sales and customer support roles since 2004.

He studied Business Administration in Colombia and he minored in Digital Marketing and advertising. Recently he has continued his studies in Consumer Psychology and is working on a second advanced degree.

As a young man, music was his passion. He has developed his own music and coordinated its production. But his real love is business. He started as a young boy working in his father’s business and quickly became a key salesman for that company. With the experience gained from working at his father’s business, he is now managing the EZ Deals call center teams. 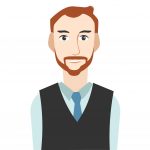 Daniël-James van den Berg is from culturally diverse South Africa and speaks 3 languages, Afrikaans/Dutch, English, and siSwati. He draws his inspiration from seeing people succeed and is passionate about eliminating poverty and corruption in any way he can philanthropically.

Having connected with the CEO of EZ Deals, Daniël-James quickly became a logistics partner because of the similar passions they share.

Falling in love with the EZ Deals concept, he joined the team and brings his expertise in marketing, design, and video to the company.  Through his agency (Daniel James Media) Mr. van den Berg can  provide additional marketing and multimedia solutions for clients beyond the EZ Deals platform.

Daniel brings a global perspective and 8 years of experience to his customer relations role.  His spontaneity and vibrant personality adds an additional dimension to the team at EZ Deals—and provides new insight for innovating solutions for its customers and management team. 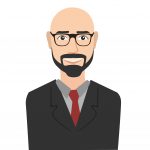 Jordan’s passion for helping others started out in 2006 as an Educational Consultant and grew through his work in sales and marketing, where he specialized in Business Development and Client Retention for small to mid-sized businesses throughout New Jersey and Pennsylvania. His determination to build businesses while nurturing long-lasting relationships with his clients drew him to a career in marketing.

Originally from New Jersey, Jordan moved to Colorado in 2011 with his wife. Although he is deeply embedded in his adopted Denver city life, he retains his persevering and tenacious north eastern charm and character. Jordan currently lives in Denver with his wife and daughter. When he is not working, he enjoys music, concerts, watching professional sports as well as participating in snowboarding, biking, or hiking mountain trails. He also loves everything related to the start-up world, and never misses an episode of Shark Tank.

Jordan shows compassion, professionalism, and cares about those he meets and represents. His willingness to truly get to know his client’s background, interests and goals allows him to determine their essential needs. Enthusiastic, driven, and motivated, Jordan is thrilled to be a part of the EZ Deals team.

His intimate knowledge of marketing and an innate ability to help his clients is an asset to any business owner looking to perfectly position their company for their best return on investment with EZ Deals.

Lea Renay started out strong with EZ Deals showing tenacity for putting together client’s campaigns, studiously helping them with statistics and analytics and providing them the best marketing tools available.

She is highly motivated and very personable, able to easily interact with all levels of professionals and non-professionals. With the success of self-starting two businesses, she is readily able to adapt to change, has a talent for quickly mastering technology and can maintain poised and keep her sense of humor under pressure. Being both flexible and versatile, she also brings strong planning and problem solving into her everyday work.

Lea is a reliable team player and a person of impeccable integrity who can produce successful results while multi-tasking. She is also very detail oriented. Her competency in completing and overseeing many different campaigns and programs for our clients makes her an asset to the EZ Deals team. 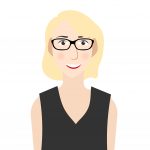 Daniela Peña currently lives in Venezuela. She has a bachelor’s degree in Arts and has been working in the field of Graphic Design since 2013. She has been the Graphic Design Department Manager with EZ Deals since 2017 and oversees creating and finalizing all the EZ Deals client images.

She loves the challenge of designing with a purpose to create an idea-driven solution that is both relevant and beneficial to the clients’ needs. Her passion is Graphic Design, primarily Brand Design, which can be seen in the diverse and professionally done campaigns she creates and perfects. She also moonlights in video editing, another passion of hers.

Daniela brings the strengths of professionalism, creativity, and ingenuity to the EZ Deals team. She is always able to add a new look to each different design so that the campaigns and other programs will be unique for each client.